GOD'S TEAM... INTO THE SUNSET. 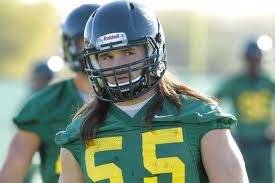 Well this is fun. Living in California, if I even see someone with a green shirt on I throw up a high 5. Yesterday one of the Mexicans waiting for work outside home depot was wearing a packer hat and I went in for a bear hug. He's my pool guy now. I don't have a pool. My Mom bought championship gear. It's on the way. I've watched every video on NFL.com from the start of the playoffs until Matthews went on ELLEN at least 5 times. Some well over 20. I haven't spoken to anyone I know from Chicago and I think its well clear that I wont until after Labor Day. I just learned all the names on the Badger Basketball team. I've had season tickets since I was eleven. I know that the Badger Hockey team tied Minnesota tonight.
The Superbowl was fun. Rooting for Rodgers in that game was what I always imagined it would be like to root for Tom "sugar gumdrops" Brady. He wasn't losing. Either was I. I hit my halftime square and my Game square. I won 3 $20 bets on the game and I gave up the 3 points quickly. I won marijuana from a cook at work. I won 2 $5 bets on the color of the gatorade they dumped on Mccarthy. I lost on how long Christina Aguliera would hold "Brave" for in the Anthem. The over/under was 6.8 seconds. I went under like a complete tourist. I was paying excruciatingly close attention to the Anthem and neither I nor anyone in the room full of people I was watching with had any idea that she messed it up. USA.
I can't wait for next season. We're loaded. Greg Jennings just guaranteed that we are gonna go to Indianapolis next year on the NFL network just after he'd said that the Lions needed to draft defensive backs 'badly' in the "NFC North draft preview", with Solomon Wilcots and Warren (Met Simeon Rice once and asked him who the best athlete he ever played with was and he said Warren Sapp without hesitation) Sapp. Yyyyikes. Tone it down, Greg. But we are, and they do. Sapp said we needed a running back. Way off. No we don't. We're strong at running back. It's going to hurt to lose B. Jackson, which we will. Also, I think we'll probably lose James Jones. Those might be our biggest loses. Also AJ Hawk if he doesn't restructure. But no one we can't replace.
Im not going to pretend to know who'll be available for us at 32, but I've seen as many as 5 tackles predicted to go in the first round and in a year where we seemingly have depth and and players getting healthy at almost every position, I'd be in favor of grabbing another O-Tackle. Especially if theres quality at the top. Which it sounds like there is. Unfortunately the Bears need O-lineman and they'll be poaching right before us. Oh well.
Can we get Casey Matthews? How about that? Lets get these Matthew boys some walkie Talkies and hand grenades.
Posted by Randy Moss at 2:11 AM